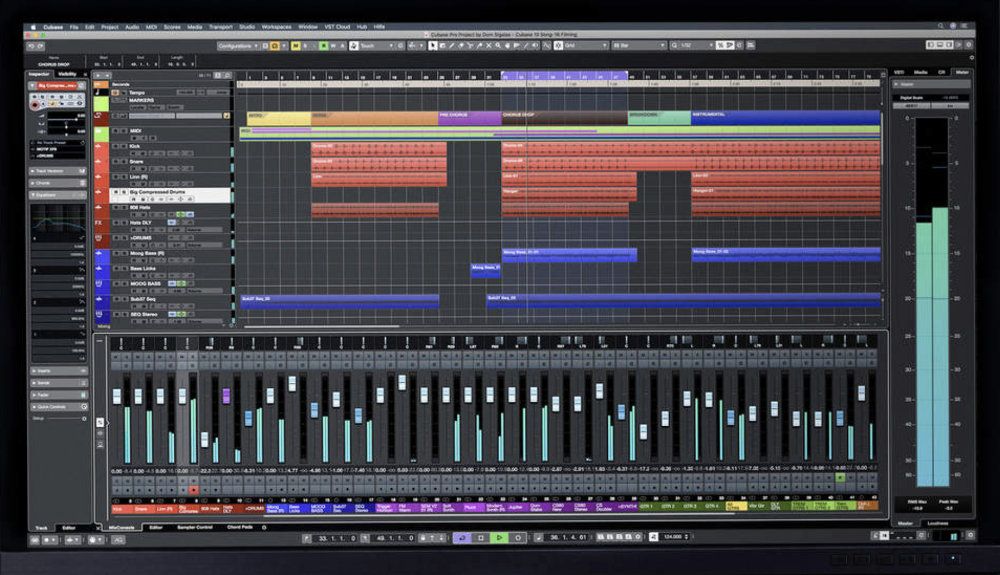 What DAW do I use?

I’ve been an avid Cubase user for over 2 decades. I started off my production journey with (a very primitive incarnation) of Cubase on an old Atari ST computer with a tiny, square, black n white monitor. There was no such thing as vst plugins, softsynths or even audio, it was merely a midi sequencer, but it was solid as a Rock.

You had to own a sampler (not cheap back then!) synthesisers, a mixing desk, outboard effects units like compressors, reverbs, delays etc. For some broke kid like me it took an age to acquire all that kit!

When doing the mixdown, automation and mixing had to be done hands on manually, dialling in effects and fading channels in and out, was amazing fun! Was almost like a performance.

But when you started a track you had to finish it before moving on to another one or you had to make a note of where all the faders and EQ’s knobs on the mixer were set (which was way too much hassle and it never sounded the same again).

Funny how we take so much for granted now but making music used to be so much more hands on and fun in some ways having to practically overcome things with your initiative.

No such thing as YouTube, no tutorials, only books and magazines and equipment manuals to learn from (yawn). If you were lucky you knew someone else with a studio who could give advice and tips, but people were way less willing to give away their production secrets back then. Why would you? That was your advantage.

So the leaning curve was a much bigger and more expensive one, but that meant there was a lot competition due to the increased commitment needed (financial and timewise).

I have experience with Logic and Ableton, but Cubase for me is the most fun and versatile, the audio manipulation capabilities are amazing and almost feels like you can pick it up sculpt it on screen.

But all DAWs nowadays are amazing and do pretty much the same thing, we use the same plugins and instruments within them and the results can all be on par.