Looking to make your next big club hit or further your DJ career? 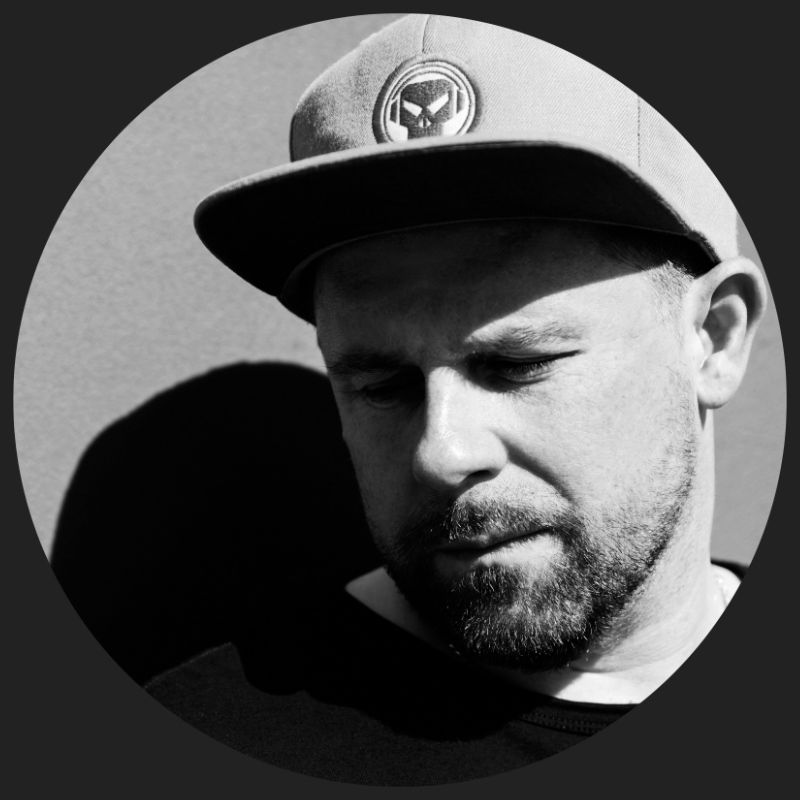 Work together with Alex either remotely or 1-2-1 in his midlands based studio to improve your production skills, turn your ideas into finished tracks and get that professional sound you’ve been after. Alex has helped numerous DJ’s and producers just like you to release 100’s of tracks!

You may know Alex from his previous work as Twocker (with Low Steppa), Calvertron or his earlier work in the techno/house scene under his real name Alex Calver where he clocked up well over 100 vinyl releases.

Some of Alex’s career landmarks include releasing his music on Data (Ministry of Sound), Toolroom, 3Beat, Cr2, New State and remixing a diverse plethora of big league acts like Guru Josh, Korn, Skepta, Sander Kleinenberg, Zero B, Stanton Warriors and Enter Shikari. He has also enjoyed a very successful career as a DJ touring the globe several times over making regular appearances all over the States, Europe, South America, Asia and Australia (where he mixed a successful Ministry of Sound compilation album).

His latest pseudonym Skapes is already making waves with regular plays on BBC Radio 1, he has his own monthly show on Pioneer Dj Radio and his latest releases on labels like Relief, Elrow, MadTech, Abode and Armada Subjekt have gained support from heavy hitters like Green Velvet, Jamie Jones, Seth Troxler, Mark Knight, Richy Ahmed, Claude Von Stroke and Steve Lawler to name a few.

In 2018 Skapes joins the ranks of ‘Solardo’s’ awesome label Sola with his ‘Electronic Drums EP’ with Huxley, a V/A single on Kaluki and an EP with Ke-An on Erase Records.

Need help getting your ideas laid down, produced and mixed to release standard?

I specialise in producing all forms of House Music, Tech House, Bass House and Garage. I also have a history in Techno, Dubstep, Electro, Fidget and Hard Dance stemming back to the early naughties when I first started releasing vinyl records. I also have a love of Drum and Bass. I can produce almost any style of music so please contact me to discuss your requirements.

My music studio is in Derby (Midlands), close to Nottingham and very well connected by train. The studio is based within ‘Dubrek’ studios in the town center. We also have car parking right next to the studio and we’re close to the main bus and train stations.
Studio Address: 6 Becket St, Derby DE1 1HT

No stress if you can’t make it to the studio in person, a lot of work can be done remotely so we can work together online!

My full track engineering service is aimed at those who want to come to the studio to make a professional release-ready finished track.
FAQ’s
Is this service only 1-2-1 or can it be done remotely?
I prefer to work in person but working remotely using the internet to pass ideas back n forth is no problem at all.
Do I need to have a solid idea for a track?
The more prepared you are, the better idea you have of the sound you’re after, the more fun we’re going to have and things will flow a lot easier. Certainly bring reference tracks, it’s quite common to take inspiration from existing music and helps me pin point the genre we’re aiming at creating the track within.
Do I need to bring my own samples or ingredients for the track?
Bring as much as you can, the more we have to work with the smoother the session should go, although many productions have been created totally from scratch working spontaneously. I have a vast audio sample library of cutting edge sounds and everything else we need to get the sound you’re looking for.
Can you record vocals or other instrument parts at the studio?
I have microphones so this is an option if required.
Does it matter if I can’t play keys or any other instrument?
You don’t need to be able to play an instrument, many accomplished electronic music artists don’t technically play a music instrument.
How long does it normally take to make a finished track?
We can get the whole track made in a day, I can make any changes needed once you’ve had time to absorb the track and hear it in different environments on different sound systems.
Will the track be mastered?
The track will be mastered yes, a lot of labels like to get their own master so I will also provide a pre master and remix stems if needed.
Can you help to get a track signed / released?
I can certainly put you the right direction using my contacts, I also have my own label and can sometimes offer a release if the music fits the style of my label.
How much does engineering cost?
It costs £300 for a day in the studio to make one track. Please contact me using the form below so that we can discuss what you have in mind.
Enquire / Book

This service is ideal for producers who have already created a track but are looking to get a more professional sound. A stem is essentially an exported audio file and a stem mixdown is where I take stems that you have provided to me and I mix them here at the studio.
FAQ’s
Are stem mixdowns done 1-2-1 or remotely?
A stem mixdown is best done when I’m alone at the studio, it takes a lot of concentration and not ideally a collaborative process, so there’s no real need for you to attend the session.
What common problems can a stem mixdown correct or improve?
I will generally bring the track to life, level mixing and balancing the frequencies with compression and EQing techniques. I can add space, width and depth the the mix. Things often overlooked during the creative process of creating your track and so a fresh set of ears can be useful. I will make sure the kick and bass are sitting correctly in the mix for maximum effect and balance the sub frequencies. I can really beef up the track to be dynamic, punchy and have professional final feel.
How do I send my stems?
Send up to (or around) 10 stems ideally in 24bit, 44.1khz WAV or AIFF format (16bit is acceptable if need be). Each stem should start at the same point in the arrangement. Please indicate the tempo of the track. It’s also helpful if you provide your existing full mixdown as a reference. Keep the stems under 0db, ideally a few db under zero and never clipped into the red.
How should I organise my stems?
Anything that needs individual attention should be bounced to it’s own stem so it can processed separately. (Like a main vocal hook or synth). A good example of a typical breakdown would be: Kicks, Bass, Sub Bass (if separate line written), Open Hats, Claps, Top Drums, Percussion, Synths, FX, Vocals, Pads.
Can I provide a reference track?
Yes, it helps me a lot if you send me a reference track or two of finished tracks from your favourite artists in the same vein as your composition, mainly so I have an idea of what you’re into and what sounds good to your ears.
How much does the stem mixdown service cost?
I charge £100 for a basic stem mixdown for up to or around 10 stems. For an extra fee I can provide additional production and alterations to the track, contact me to for more details..
How quickly will my mix be delivered?
I can usually turn the mixdown around within a couple of days but I’ll give you an idea when you enquire.
Are there any revisions to the mix included?
Absolutely, I will provide any tweaks or changes until you’re happy.
When might additional production be needed to get a professional result?
If you think your track is lacking in any area where I can help, for example the bass line’s programming may be clashing with other elements within the track, or maybe your drums are a little lacking, I can potentially overlay or replace things in the composition like claps, snares, hit hats. The same goes for other elements in track such as synths, FX, Pads etc. Sometimes a track can be greatly improved by replacing the kick drum with something that sits better. Sometimes keying issues might be standing out and tweaking the key of an element of percussion can make a big difference. For a small extra cost I can provide this extra service.
Enquire / Book

Some producers are great at making the most amazing tracks but get stuck “in the loop”. If you struggle to take a great idea and make it into a finished track then this is for you!
FAQ’s
What do you need from me?
Send me your track so far – bounced down into 8 bar loops.
What format do my files need to be?
Please send 16 or 24bit WAV or AIFF files at 44.1 khz.
Do I need to include midi files?
Midi files can be useful if forexample you want me to try some alternative sounds.
How long does it usually take?
Turn around is usually quite quick but dependant on my workload at the time. A more accurate time frame can be given when the booking is being discussed.
How much does it cost?
Arranging a track starts from £150 depending on amount of work needed. Please contact me using the form below to discuss your project.
Enquire / Book

If you are looking to improve or learn new production skills and achieve a more professional sound, then this is for you. It’s an opportunity to spend a day in the studio together and learn whist we create full track from scratch.
FAQ’s
What can I expect from a day’s tutoring?
I will show you my process from start to finish including how to construct a drum beat, the use of drumloops, making bass lines and layering Sub Bass, sampling and vocal manipulation, softsynth programming, writing riffs, Chord progressions and keeping everything in key. You’ll learn how to efficiently arrange a track, mixing down, EQ work, compression, limiting, automating reverbs, delays and filters and creating your own dynamic master.
What DAW do you use?
I’ve been an avid Cubase user for over 2 decades and so we will be using that. All DAWs nowadays are amazing and do pretty much the same thing, we use the same plugins and instruments within them and the results can all be on par. As such you can expect to learn a lot, even if you don’t use Cubase at home
Do lessons contribute towards any qualification?
No, I’m completely self taught and this is not a formal course as such. There won’t be any tests or qualifications, I won’t use confusing jargon, just plain practical, useful tips, tricks and methods I’ve accrued over the years.
Will we finish a whole track?
That would be the aim, to show you how I make a track from start to finish. We can stop at any point and go over any areas which you feel you need the most help. Alternatively, we can concentrate and spend the time on certain aspects of production if completing the track isn’t as important to you. For example we could spend the day working on bass lines or drum programming. We can tailor the time to your individual needs.
Is the music that we make mine to keep at the end of the day?
Yes – the track is yours to release in your name.
How much does it cost for a day’s tutoring?
£300 for the day.
Enquire / Book
Get in touch
If you’re ready to book or if you have any questions about my services, please fill in the form below and I’ll be in touch soon.
Latest Instagram Posts
E S K A P E S T U D I O - Track production & engi